Appetizing Vegetables on Mekong River Bank: an indicator for the abundance of the ecosystem

For livelihood of people along the Mekong, in addition to fishing from the river all year round, many plants or naturally grown vegetables (Pak) are available seasonally for people to forage; especially during ebbing or low-water levels when plants would emerge from under the water.

Pak Krad or para cress vegetable tastes quite spicy and has a local analgesic effect. It is good for eating fresh with papaya salad, chili dips, and cooked bamboo shoot salad; it can also be cooked with spicy bamboo shoot soup or spicy fish soup.

Pak Khikhom/Pak Dangkhom or sweet juice vegetable tastes quite bitter — as its local Thai names suggest, despite its English name. It is a good addition to fish soups since it helps to eliminate the fishy smell. It is an appetizing vegetable generally popular along the Mekong river.

These vegetables we collected from the Mekong river bank today will be cooked in soup with the fish we also caught from the Mekong river. Going once to the river, you could get great food materials to cook for your family for many meals. Since there is a limited time when the plants would be available for foraging — when they emerge from the water in the dry season — these seasonal vegetables are rare and reckoned as a delicacy. When flood season arrives, the plants would start to bloom and propagate their seeds along the river, waiting to be sprouted and grown in the next dry season. 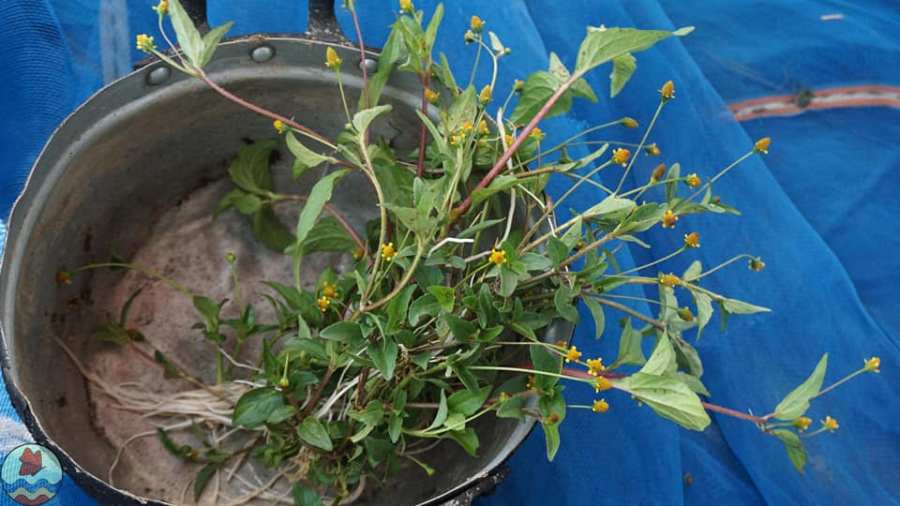 Consequently, if the ebbing periods are too short or the ebbing and flooding of the river become irregular and do not follow the natural seasons; many of these vegetations which their life-cycles rely on seasonal water levels will cease to reproduce. It has been the case and also expected to continue in the future that how upstream dams collect and release water is an important factor for the decline of local vegetations, water floras significant to the river ecosystem and natural food for the river fish, as well as the decline of local fish species in the Mekong whose life-cycles,  rely on the seasons. One visit to the Mekong to forage for food which could last for many meals for local families would not be possible anymore if current development pattern, such as dams being placed along the Mekong river and its tributaries, continues to invade the main food sources of communities in the entire watershed.

View all posts by themekongbutterfly